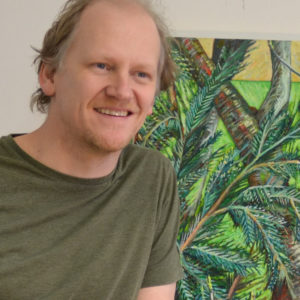 I graduated from the University of Wales in Cardiff with BA (Hons) degree, in Art and Aesthetics in 1994.

In 1993 I spent a year at the College of Charleston, South Carolina, and was taught by Michael Tyscak. I obtained my MA in Fine Art from the University of Kent, Christ Church College, in 1997.

At Cardiff, although I did ‘paint’, the course was conceptually based, with emphasis on theory over practice.

I had three years of talking and discussing ideas for work.

After three years of using a single idea for an artwork, and in turn, the idea being ‘the artwork’, I felt that for my practice to continue it needed something else.

Painting and the fact it has been practised for hundreds of years provided the greatest challenge to me.

The development of idea through paint is what appeals most.

When I was painting in London prior to 2008, I had never set out to be a ‘Landscape Painter’.  I just wanted to concentrate on the medium of paint on a flat surface.

My work found itself within the landscape of East London, and more than anything I found a place of contrasts.

Having been brought up in London, I think helped this process. To me there has always been a familiarity with the London landscape and, allied to that, a sense of empathy.

As my paintings began to follow the landscape that surrounded me, it felt completely natural.

I never set out to paint in a ‘descriptive or narrative’ manner. A building, a rooftop, a grave yard, a tree are all chosen because of their visual qualities.

The colours and shapes of the urban London landscape that intrigued me at the very outset. The question remained ‘How could I put these visual sensations that I see in front of me onto a canvas in paint?’

After leaving London in 2008, I worked in Rome. I chose Rome as I wanted to follow themes established in my London pictures, old and modern, and be in close proximity to vegetation within a city.

In 2014 I moved to Vienna, to consolidate my London work, alongside my Italian journey. In Vienna I found a city conducive to my working process. Austria has very defined seasons, which has helped me realise the seasonal element to my paintings. The City is surrounded by the Wienerwald. An unfamiliar territory for me, but I like this un-known quality within my work. 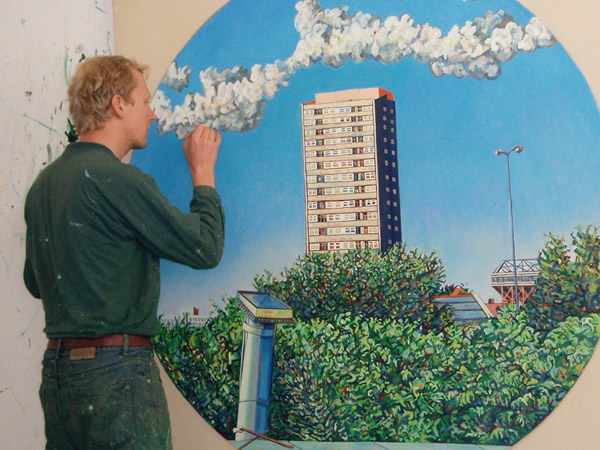 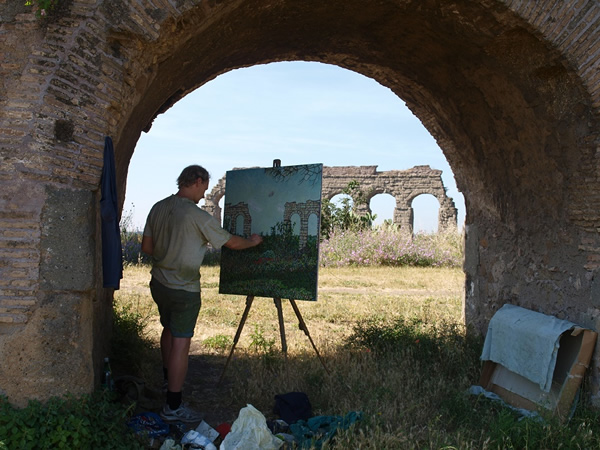 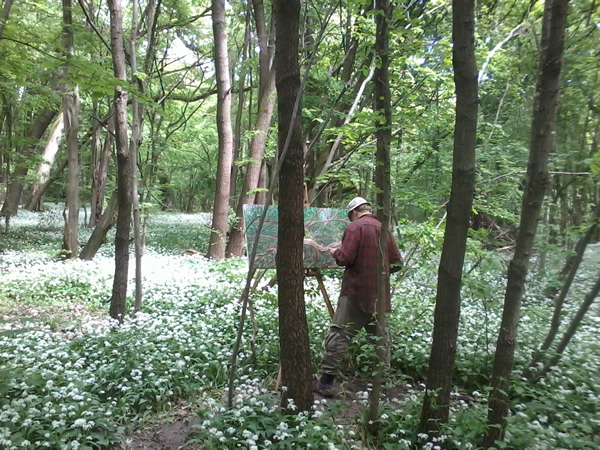